LikeMineDid Media is a premium content creator established by like-minded people for like-minded people. It is a company of collaboration where we recognize that everyone’s ideas contribute to the final product “like mine did”. We are a forward-thinking cadre of producers sharing a creative vision, similar sensibilities, strong ethics, and a common passion to create groundbreaking entertainment. LikeMineDid recognizes that producing quality programming should be thought provoking, challenging, rewarding, and most of all: FUN*. LikeMineDid will also employ a 360 degree strategy to challenge the traditional media outlet models and cross-collateralize premium content to create a multi-platform, global distribution model – though we’re not 100% sure what that means.

LikeMineDid recognizes that producing quality programming should be thought provoking, challenging, rewarding, and most of all: FUN!

With friends like these … well, you know the rest. Set up by their “loved ones,” hapless victims are thrust into elaborately staged situations that exploit their wildest fears, intensified by movie-quality special effects, makeup and stunts. Tracy Morgan hosts

02. BETTY WHITE’S OFF THEIR ROCKERS.

The Betty White revolution continues with this `Candid Camera’-style hidden-camera show starring the former `Golden Girl’ and her fearless band of senior citizens, who hit the streets to pull pranks on the younger generation.

Popular comic and “Deal or No Deal” host Howie Mandel takes a camera crew to the streets to prank unsuspecting “marks” in a comedy series in the vein of “Candid Camera.”

We recognize that everyone’s ideas contribute to the final product “like mine did”.. 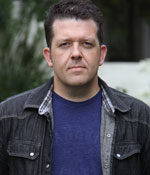 Founder and President of LikeMineDid Media, Scott Hallock brings a unique perspective to the world of alternative entertainment. He is a creator, writer, and producer of TV shows including Syfy’s hit “Scare Tactics” (with Tracy Morgan), and a host of NBC shows including “Betty White’s Off Their Rockers”, “Howie Do It” (with Howie Mandel), “The 25 Million Dollar Hoax”, and “SPY TV”. As a showrunner on Off Their Rockers, Hallock oversaw the writing, directing, casting, and editing in adapting this foreign format for American television. The show’s premiere attracted over 12 million viewers.

Scott hails from the fertile hills and valleys of Washington State. He received a degree in Broadcasting from Washington State University where he worked for four years and some 130 episodes as a writer/producer/performer on a half-hour, live sketch comedy show called Live at Eight. With Hallock as producer, Live at Eight won national recognition with a college Emmy. Fresh out of college, Hallock landed a job as a producer for Fred Roggin’s nationally-syndicated show Roggin’s Heroes. Scott also wrote for an up-and-coming comic named Jay Leno and worked as a staff writer for the Disney Channel’s New Mickey Mouse Club in the Justin Timberlake, Britney Spears, Christina Aguilera and Ryan Gosling era. 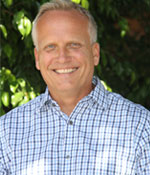 James Beaton is a seasoned television and film executive with 25 years of production experience.
He specializes in the creation and implementation of production budgets, unique staffing models, arranging banking and financing deals, managing talent, and the negotiation of domestic and foreign license agreements. By combining his experience and talents, he has created a reputation among network and production executives for quality and a stellar work ethic.

He is a co-founder of LikeMineDid Media and retains a principal role for Hallock Healey Entertainment, Inc., which he joined in late 2009 as Executive in Charge.

02. BETTY WHITE’S OFF THEIR ROCKERS.

LikeMineDid Media is a proud member of the following professional affiliations. 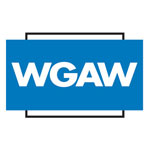 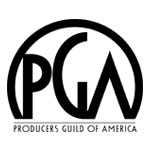 “The Producers Guild of America Award honors the visionaries who produce and execute motion picture and television product.” 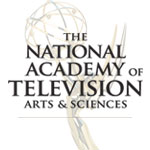 “The Television Academy, is the only major organization devoted to the television and broadband screen entertainment industry, recognizing excellence through its many annual award programs”